The Secret Of Viral Book Sales 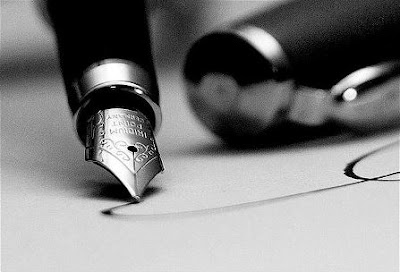 With every passing day social media quickens the pace at which information is diffused. There was a time you used to have to share with one person who shared it with someone else, but now with the click of a button, you can share your favourite read with thousands of virtual friends through the power of Twitter, Facebook, Pinterest and many more emerging micro sites.

As an author set upon the road to literary success there has never been a better time for self-promotion, nor a larger number of would be publishing gurus willing to share the secrets of their success. In many cases they represent the dark underbelly of self-publishing. Not all of them, there are some genuine trail blazers out there like Guy Kawasaki and the likes of Jonah Berger, but when faced with the cold hard reality of book marketing it is very easy to be beguiled by someone selling the answers you are seeking. The answers to questions you most likely never knew to ask whilst writing your book, but became ever so important once you broke into print. In short, how to promote and publicize your book and in doing so create the foundations for viral sales.

You can always tell who these amazingly insightful people are because they are all selling success. You just buy their book, follow their advice and you can achieve meteoric books sales with just a few hours work! The reality is that the only people who see a significant spike in their book sales are the authors of these books, who to their credit have realised how difficult it is to make a living out of writing fiction. They prey on your dreams of “becoming a bestselling author” and even though that voice at the back of your mind is begging for a reality check, you buy because you need what they are selling. Our favourites are those 'gurus' who tell you how to sell millions of ebooks when a quick look at their sales rankings on Amazon reveals the true and often paltry scope of their abilities. These are the same characters you will find on Twitter and Facebook claiming they can get you thousands of real followers and likes when they only have a handful themselves. In short, charlatans abound in the world of self-publishing. You may get lucky and find a short cut to the top, but with some 90% of self-published authors only ever selling a handful of their books, the odds are against you finding instant success in a book of secrets sold for 99 cents!

Despite what mass media might have us believe, there is no such thing as an overnight success. There is simply the point at which all your hard work becomes widely recognised and often that point is many years in the making. Success as an author is not about quick wins, it is about building a solid and diverse foundation upon which to build a successful author platform. It acknowledges the role of luck in conquering the odds to achieve success as a writer, but stacks the odds in your favour by ensuring you have done everything possible to position your book to go viral.

There is an old adage that all writers should have emblazoned on their hearts – Publicize or Perish. Seasoned authors understand the truth of these words and combined with the art of promotion they form the singular formula for success and the foundation upon which your book is most likely to go viral. To an author it is as important as E = MC2. It isn’t a mathematical formula, but a powerful aide memoire:-

It’s so simple. Promote your book so that people are aware of it. Promote it to the right people and you gain publicity as news of your book spreads by word of mouth. Gain enough publicity at the right level and there is a real possibility your book will go viral. You can dress this succinct summary up in a thousand different ways and add fancy sounding theories, but the bones of the facts still remain.

We will explore this in more detail in a future blog post. To make sure you don’t miss it, simply choose subscribe and don't forget to submit your book for review. You can do this from through our menu at the top of this page.
Posted by Unknown at 05:32

Email ThisBlogThis!Share to TwitterShare to FacebookShare to Pinterest
Labels: BookViral